Abuelas – Grandmothers on a mission 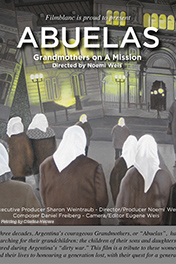 For three decades, Argentina’s courageous Grandmothers, or “Abuelas”, have been searching for their grandchildren: the children of their sons and daughters who disappeared during Argentina’s “dirty war.” This film is a tribute to these women who have dedicated their lives to honoring a generation lost, with their quest for a generation found.

“’Noemi Weis’ films deal with really raw, emotional and powerful subjects. She gives a voice to the voiceless.” Catherine Hubbard, The Argentinean Independent

“The ‘Abuelas’ are an impressive group. Weis’ film is a tribute and reminds people of a chapter of Argentine history most want to forget but can’t until those who have disappeared have been brought home.” Latina Lista

“An impressive testimony of dictatorships’ impact on families and on the strength of women’s hope through decades.” Sandrine Crisostomo, FEMCINE 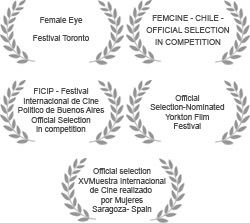